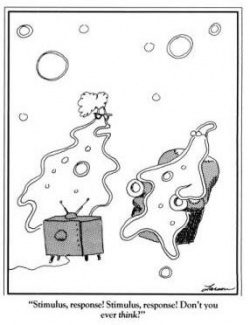 The editorial we intended to write will have to wait for another day as we have been waiting and watching the progress of the UK government’s plan for an all-powerful committee to oversee ‘animal sentience’
A prediction. Unless the government starts to accept that what it appears to see as a ‘popular’ move in attempting to regulate animal health and welfare legislation in terms of ‘animal sentience’ then it is opening itself up to a whole host of anthropomorphic driven policies which have nothing to do to with animal health or welfare but gives those that promote the policies a warm cuddly feeling and undue influence within government. Both must be resisted as such policies will do nothing to enhance animal welfare in a country with a long record of promoting and enforcing a raft of best practice.
UK Animal Health and Welfare legislation has historically been based on the needs of the animal concerned, and not the coffers or emotional needs of supporters of a number of pressure groups. The overriding aim of those groups is to muddle the distinction between animal welfare, animal rights and instinctive behaviourism (stimulus/response)  under the new cause celebre of ‘animal sentience’ with the suggestion that if you can’t accept that animals have feelings as humans understand them then you are out of step with ‘modern’ animal welfare thinking and such thinking must be corrected.

In a recent debate in the House of Lords (20th July 2021) the deliberate confusion between rights (of the sentient) and welfare was highlighted by Lord Moylan when he said  “there is a genuine conflict between animal behaviourism and animal sentience as a scientific methodology. If one goes back, in the great part of the 20th century, studies of animals and animal welfare were based on behaviourism—the study of behaviour. So if you apply a stimulus, the animal reacts in a certain way; if that is repeated in other cases and experiments, you begin to establish a body of knowledge about the behaviour of animals. That scientific approach specifically excluded trying to delve into what was happening in the animal’s mind, so to speak, because there is almost no scientific way in which one can establish that.”
Legislation which seeks to retrospectively change a previously legal activity into an illegal one is likely to have adverse repercussions on decisions made reasonably and in good faith in the past such as taking part in a particular activity or country sport.

It is clear from noises from Government so far that they see a role for both the current animal welfare committee and the new all-powerful animal sentience committee. However it is vital that the new committee shall have the sole remit of  “informing policy”, it should not be looking at the implementation of policy.
In terms of country sports however, it does not take long for any participant in any field sport to point out that impacting and redirecting government policy into areas of Animal Rights as opposed to Animal Welfare, was precisely the key objective of those pressure groups behind the Hunting Act and the unnecessary statutory protection for badgers. A protection which, let us be honest is at the expense of many other animals, and which is driven by a massive amount of misinterpretation and misinformation, both accidental and deliberate.
After all, it was the cynical implementation of a policy (the Hunting Act) that sought to criminalise a whole group of people which the government at the time did not:- listen to, like or seek to understand. The implementation of the Act has never saved the life of a single fox and it is clear to any objective observer that it was never actually intended to do so.

Given the extent, today to which Social Media is used to promote and reinforce some very strange views on man’s relationship with animals, and the apparent wilful inability of many to differentiate between the ability to care about animals and having a real ability to manage and provide appropriate care for them, then it is almost impossible despite evidence and 100 years of anecdotes in Baily’s to convince the most prejudiced that foxes, were not, when followed by hounds, suffering from deadly fright or the fear of suffering or long and bitter agony.
We are not going to state that a fox ‘likes’ being hunted not least because foxes generally cannot express a preference, but it is likely that he would prefer taking his chance of escaping from fox-hounds in the field in geography he knows well, and with so many odds in his favour, to being tortured for days with a broken leg or jaw having been hit by a car.

Despite the use of carefully constructed polls which are then hijacked by anonymous keyboard activists, it is not difficult to show to a reasonable person the vast difference between hunting with hounds and bull and badger baiting.

In the first instance, the hunted quarry is at perfect liberty to adopt all those manoeuvres belonging to his nature, in a free and open field he is at home in his own locality, and quite free to take advantage of any circumstances in his favour.  None of these advantages were available to any baited animal which were kept and used in totally artificial conditions. And yet the plight of the baited animal is still used in polls to tug at the emotions and achieve the desired result of financial support for the cause of ‘animal rights’.

In another example, junior school children have in the recent past be asked to ‘think how awful a falcon would feel if it knew how much the mummy rabbit was missing one of its children’ –
To imply any form of sentience as mankind understands it in the falcon has no place in junior education and yet successive governments have done nothing to curtail the ‘education packs’ cynically distributed as a free resource to schools by anti-hunting groups. Yet are we really being asked to trust the same government to form a committee that seems to duplicate and extend the valuable work done by the Animal Welfare committee, and in addition deliver a view on what is sentient and what is not across government?

Moving away from whether cuddly bunnies form support groups for distressed and bereaved Mummy rabbits, many studies have shown that plant life – that is Flora not fauna – can have the ability to release distress hormones to other plants, as well as defensive compounds when attacked by insects or disease. Pine trees, when preyed on by caterpillars, have been shown to send out pheromones that attract wasps to the forest, which then prey on the caterpillars, a sort of chemical cry for help.
Furthermore, in Africa, Acacia trees, when eaten by grazing giraffes, release ethylene gas, this prompts other acacias to flood their leaves with bitter tannins making the leaves inedible to giraffes, fascinating as this is surely no one would attempt to argue that this proves plants are sentient? If they do, then the whole Vegan Food and landscape gardening industries will soon need to employ some great PR specialists! What they are doing is responding to a stimulus – there is no thinking or rationalising involved. Although at a more complex level, animals also respond to a stimulus rather than thinking or emoting in the ways demanded to be considered sentient.

What government must do before running headlong into enabling a committee to oversee matter relating to sentience is a pause, and carefully divest itself of the influence of populist pressure groups within and outside government; and listen to scientists and lawyers who can show that a stimulus response feedback mechanism, however ‘cute and cuddly’ the subject, is just that, and not in itself enough to demonstrate any form of sentience and perhaps rethink to develop a post Brexit approach.

Just because modern social media channels try to give animals a ‘personality’ (something that, in the proper definition, can only be ascribed to people), and we choose to reinforce that through our use of anthropomorphism, it does not mean that in fact, animals are sentient, but that we are responsible for the welfare of those animals for which we are responsible. However, it is precisely because of that lack of something we can define as sentience and not behavioural stimulus that animals deserve our commitment to them to provide for their welfare. WE must be careful that we do not foist upon them an abstract concept of rights that they can neither understand nor derive any concrete benefit from – rights impose obligations, and no animal has the abstract thought processes to understand obligation.  There is a grave risk that in an effort to be seen as ‘popular’ this move by government will become an uncontrollable activists’ charter, where those who shout loudest or indulge the most extreme behaviours get their way, and that is something which must be avoided if animal welfare is not to be trampled in a headlong rush towards animals having legal rights.