A Little Revelation That Changes the Reference Books.

All hunt button collectors will be familiar with the occasional memory block regarding the Kildare and Kilkenny hunt buttons, and which is which.  Just as we get it straight, Baily’s own Peter Brook has thrown the most wonderful cat in amongst the pigeons.

Firstly, let’s review what we know, and I’ll reveal all later.

There’s the early struck field version, on a frosted field: 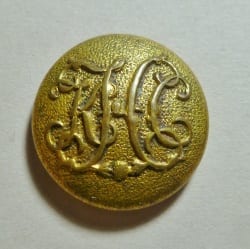 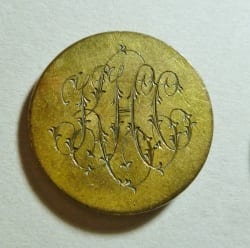 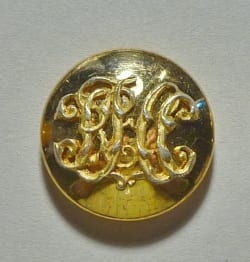 and a more modern, but still hand-engraved version. 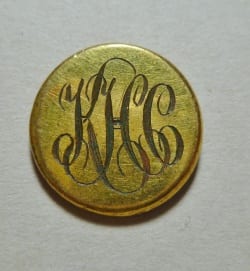 The Kilkenny Hunt (as we all know) is just K H. 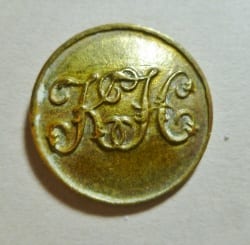 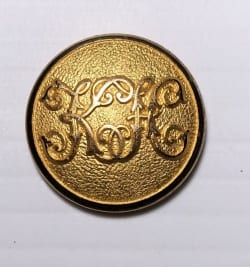 and the mounted dress button with large lettering: 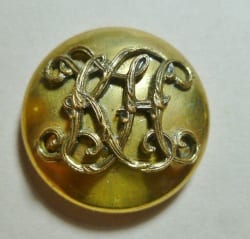 HOWEVER!  And here’s Peter’s bombshell.  He found a report in Baily’s Magazine of January 1898 describing what we always thought was a Kilkenny button.

……A small rounded gilt button with K H in silver letters, for ladies of the Kildare Hunt Club!  Sadly, I’ve only got a photo to show you at the moment, but if I can find a real example I’ll add it to this blog. 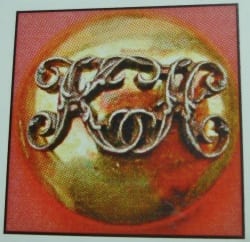 Every day’s a school day!