My occasional binges into the world of period hunting attire sometimes bring up a nice piece. I have just acquired a tailcoat and field coat that were the property of Sir Reginald Drax (shortened version). The tailcoat is dated 1920, the field coat is dated 1921. The Drax family association with the South Dorset Hunt is long established, and includes the period of ‘partition’ that led to the short-lived creation of the Drax and Charborough Hunts with their three buttons (see pics). Below is some more detailed information about the man. 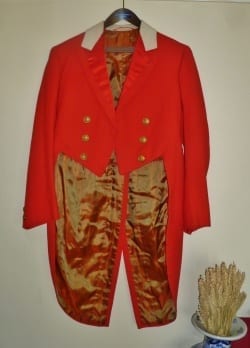 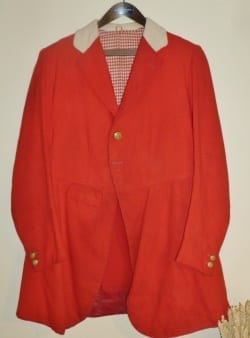 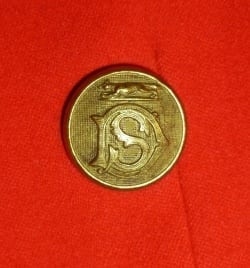 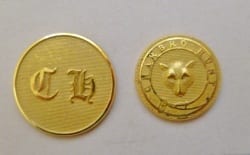 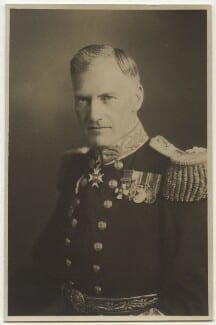 Admiral Hon. Sir Reginald Aylmer Ranfurly Plunkett-Ernle-Erle-Drax was born on 28 August 1880. He was the son of John William Plunkett, 16th Lord Dunsany and Ernle Elizabeth Louisa Maria Grosvenor Burton. He married Kathleen Chalmers, daughter of Quintin Chalmers, on 15 April 1916. He died on 16 October 1967 at age 87 at Poole, Dorset, England
He was given the name of Reginald Aylmer Ranfurly Plunkett at birth. He was commissioned in 1896, in the service of the Royal Navy. He gained the rank of Lieutenant in 1901, and of Commander in 1912. He fought in the First World War, with the Grand Fleet. He fought in the Battle of Dogger Bank, and in the Battles of Heligoland. He gained the rank of Captain in 1916, and fought in the Battle of Jutland on 31 May 1916, where he was mentioned in despatches.
On 4 October 1916 his name was legally changed to Reginald Aylmer Ranfurly Plunkett-Ernle-Erle-Drax by Royal Licence. He was awarded the Distinguished Service Order (D.S.O.), the Order of St. Stanislas of Russia 2nd Class with swords, and the Grand Cross, Order of Orange-Nassau of Holland.
He was the Director between 1919 and 1922 at Royal Naval Staff College, Greenwich, London, England. He held the offices of Deputy Lieutenant (D.L.) of Dorset, Justice of the Peace (J.P.), and member of the Dorset County Council between 1924 and 1932. He held the office of Naval Aide-de-Camp to HM King George V between 1927 and 1928. He gained the rank of Rear-Admiral in 1928, and was appointed Companion, Order of the Bath (C.B.) in 1928. He was Rear-Admiral of the 1st Battle Squadron between 1929 and 1930.
He gained the rank of Vice-Admiral in 1932. He was Commander-in-Chief of the America and West Indies Stations between May 1932 and October 1934.He was appointed Knight Commander, Order of the Bath (K.C.B.) in 1934. He was Commander-in-Chief of the Plymouth between June 1935 and 1938.2 He gained the rank of Admiral in 1936, and held the office of Naval Aide-de-Camp to HM King George VI between 1939 and 1941.He was Commander-in-Chief of the Nore between 1939 and 1941. He retired from the military in 1941. He gained the rank of Commodore of Ocean Convoys between 1943 and 1945.
‘Firebrand’
Tags: Hunt Button Collecting