Buttons of The Fife Hunt

The recent addition to the vintage Scottish Gallery of the photo of the Fife Hunt has inspired me to share a few images.  Over the years, the Fife Hunt has had a wide selection of hunt buttons to its name, including a couple of the finest you’re likely to see.

This is certainly the earliest of which I am aware, from the late 1700s. 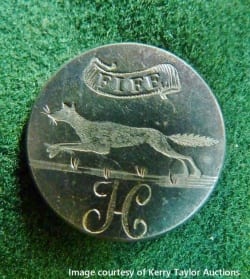 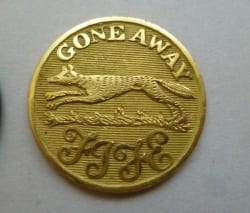 This absolutely stunning white-metal button is from the later 1800s, as is the gilt ‘Fife Hunt Club’ dress button. 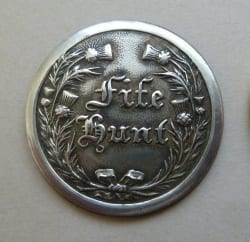 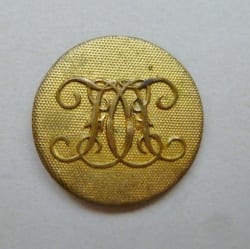 For a brief period the Fife country was divided into East and West Fife.  This first button is confirmed as West Fife. 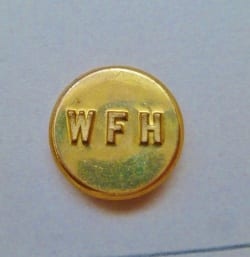 This one is unconfirmed, but believed to be West Fife hunt servant’s version.  It did come with very good provenance. 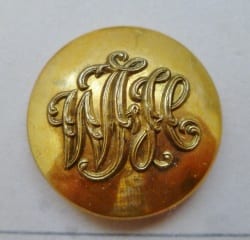 Another unconfirmed, but thought to be the East Fife. 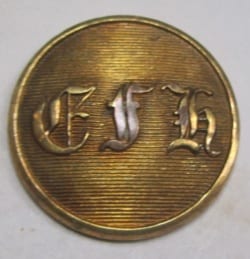 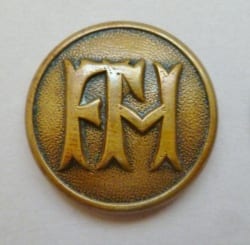 And now, the more familiar button.  A very nice early version first of all from approx 1880, then an Edwardian version from 1908.  (I know that because the coat was dated) 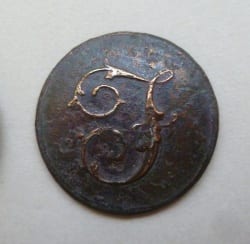 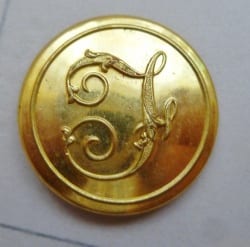 Quite a selection I think you will agree.  If anyone knows of any more versions of Fife buttons I would be very keen indeed to hear about them – let alone get my hands on one!