Recently offered for sale by Christie’s of London was this fabulous, cased set of Georgian silver buttons.  They were previously the property of Gloria, the late Dowager Countess Bathurst. 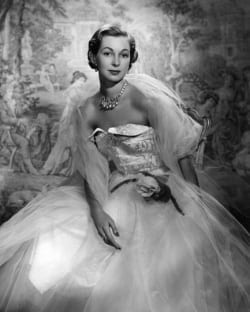 The buttons are for the Worms Head Hunt and date from 1794 or thereabouts, and show a sailing ship approaching the Worms Head Rock.  The legend reads ‘WORMS HEAD HUNT 1794 TRY’

This set is third that I have encountered.  One is in the hands of a private collector, the other featured in the Sept-Dec 1903 edition of The Connoisseur Illustrated.  They are mentioned as being a framed set in an exhibition at Cambridge House (I think the old In and Out) of Sir Walter Gilbey’s collections.  The frame includes an engraved silver plaque giving the following details:

‘BUTTONS  WORN BY MEMBERS WORMS HEAD HUNT 1794.  The rock from which the hunt takes its name bounds the south of RHOSSILI BAY on the rocky shore of the Bristol Channel in Glamorganshire.’

Although no mention is made on the buttons or the plaque, the description in The Connoisseur says they are for the Worms Head Otter Hunt. 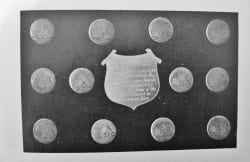 This causes slight uncertainty over exactly what the Worms Head Hunt was.  Was it a land-based otter hunt that just chose a ship and rock as its emblem?  Was it a sea-going otter hunt, which is fairly likely in the 1700s, especially on that coastline.  Or does it have nothing to do with otters at all, and is (perhaps) a seal or whale hunt?  If a maritime operation, the ornate buttons for ‘members’ seems unlikely in my personal opinion.

Any information regarding the Worms Head Hunt would be very much appreciated.