So said Marc Chagall, and yet as far as I know he and Kent artist Paul Apps never met. 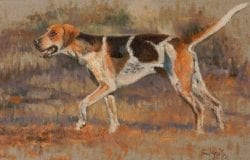 But Chagall’s sentiment is certainly expressed in the work of Paul Apps work as it captures the unique character of the subject and interaction with its natural environment.

Paul is a passionate wildlife and fine artist. Following increasing demand Paul turned professional in 1987. While Paul creates images of wildlife from all over the world, he frequently returns to the expanse of the African landscape and fauna to inspire his grand canvases. Since his first visit to the continent in 1989, Paul has travelled there annually to collect reference and experience the thrilling game and panoramas, ever since, Paul’s success and reputation as a wildlife, bird, dog, Landscape, Sporting and ‘Plein air’ (painting on location) artist has flourished.

As well as exhi 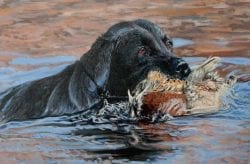 bitions in the UK, artworks have been displayed in Africa, Singapore, Europe and the USA, where his first solo show sold out on the opening night. Sotheby’s, Christies and Bonhams have all seen images sell for record prices. With over 60 fine art prints to his credit, originals are also keenly sought after by collectors around the globe.

Furthermore, Paul has taught art techniques for many years, and contributed to several tuition magazines. He has demonstrated a vast array of art products for various prestigious materials manuf 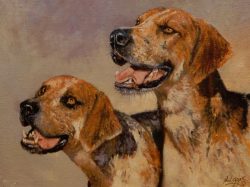 acturers. Paul now teaches students on a one to one or small group basis, whilst also conducting workshops several times a year.

Supporting wildlife conservation has always been of paramount importance to Paul and to that end sales of his work have helped raise thousands of pounds for various charities, including The Injured Jockey’s Fund.

Paul is currently using impressionistic brushstrokes, mingled with the detail of fur or feather, to create outstanding compositions. He is also exploring landscape and Maritime subjects, taking his love of painting ‘En plein air’  to new and more invigorated levels than 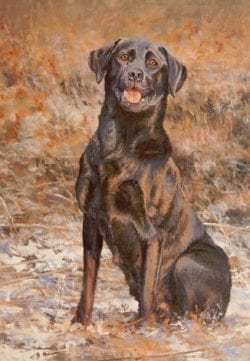 ever before, experiencing the essence of a scene and capturing the impression it has upon him. The freshness of applying the paint cannot be duplicated in a studio, and that is what makes it so exciting.

Presently, Paul is demonstrating a more abstract, expressive feel to his images through increased experimentation. His main aim is to produce outstanding representations of wildlife in their natural habitat, and continue to, in his own words  “..dedicate my life to achieving the very best images that I can. My only wish is that I might convey to you, the viewer, some of the deep feelings I have for wildlife through the images that I create”.

Paul can be contacted though his email paul@paulapps.com or by following him on Facebook or via his Blog